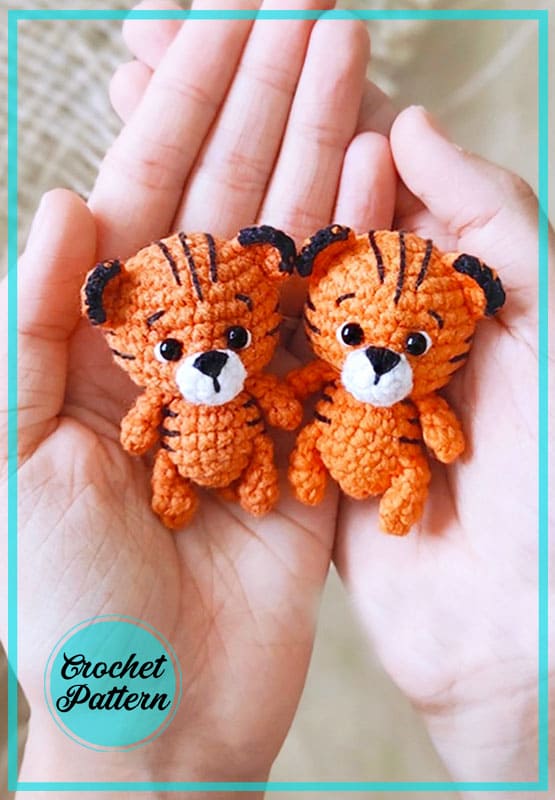 Well, of course, you will need a good mood!
The height of the toy when using such materials is 5 cm

Abbreviations
AR – Amigurumi Magic ring
LL: Lifting loop Click for mean!
MR – Amigurumi Magic ring
App – application
sc : Single Crochet
inc : Increase
dec : Decrease
tr : Triple Crochet/ Treble Crochet
st: Stitch
dc : Double Crochet
hdc: Half Double Crochet
sl-st : Slip Stitch
ch : Chain
..in : make increase into same stitch as many as the number which is given in front of “inc” abbreviation (exp; 3inc, 4inc..).
FLO : Crochet into front loops only
BLO : Crochet into back loops only
BL : Bobble Stitch – do 5dc all in the same stitch and then yarn over and pull through all the loops on your hook (the original loop + 1 loop for each partially completed dc)

Assembly:
1) Sew the head to the body.
2) Sew the handles to the body (close to the head), sew the legs between 4-5 rows (you can also hem the legs on the sides so that they do not stick out).
3) Sew the muzzle and ears to the head. Next, we sew or insert the eyes. If you sew on the eyes, like me, then we immediately make a tie (i.e. when we sew, we pull the yarn) (see photo below) We repeat these actions 2-3 times, then we tie the remaining ends in 2-3 knots and hide yarns.
4) We embroider whites for the eyes, eyebrows, stripes on the body and head.
5) We crochet a tail. We attach an orange yarn to the back of the body, crochet 6 ch, and along this chain we crochet 5 slst, fasten, hide the yarn. 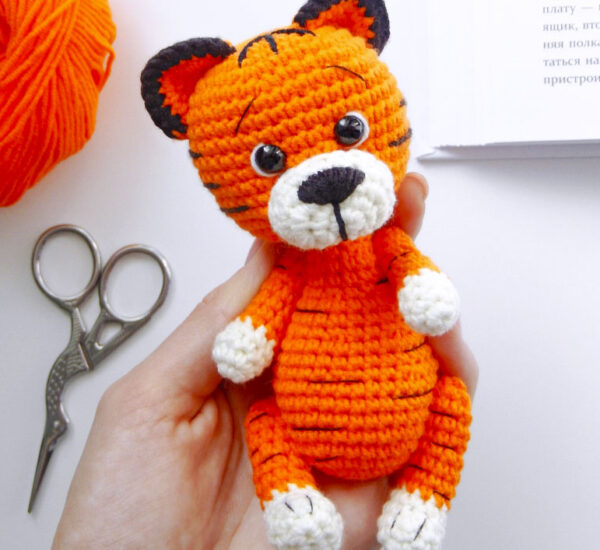 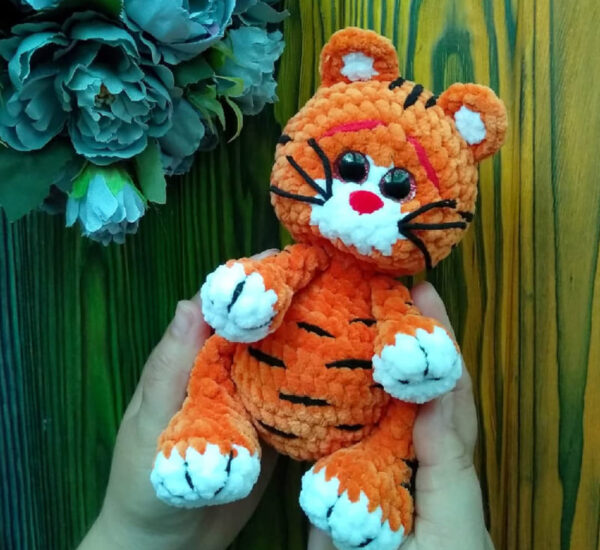 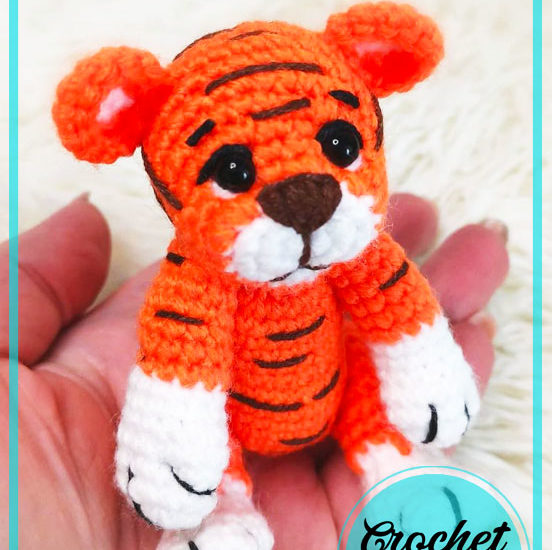